Concert in the Park

THANK YOU to everyone who:

It wouldn't have been amazing without YOU! 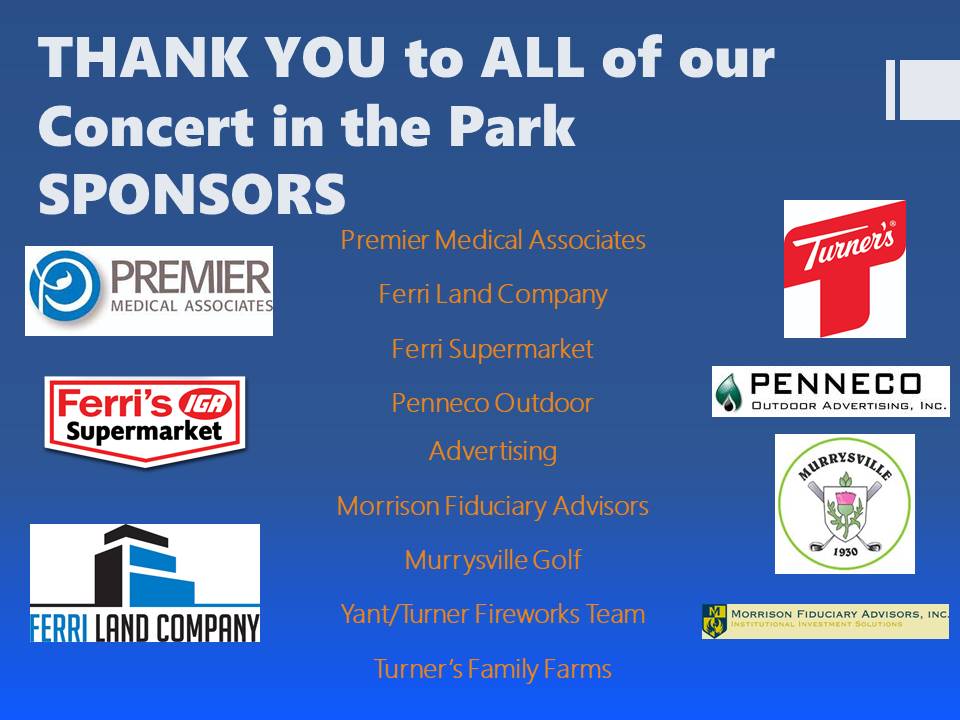 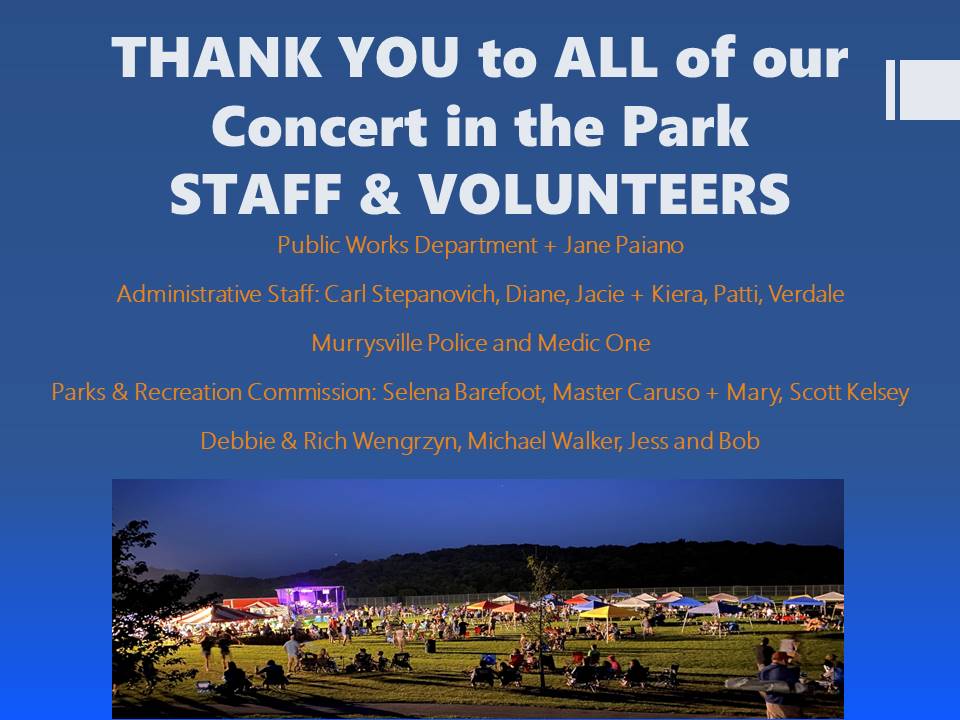 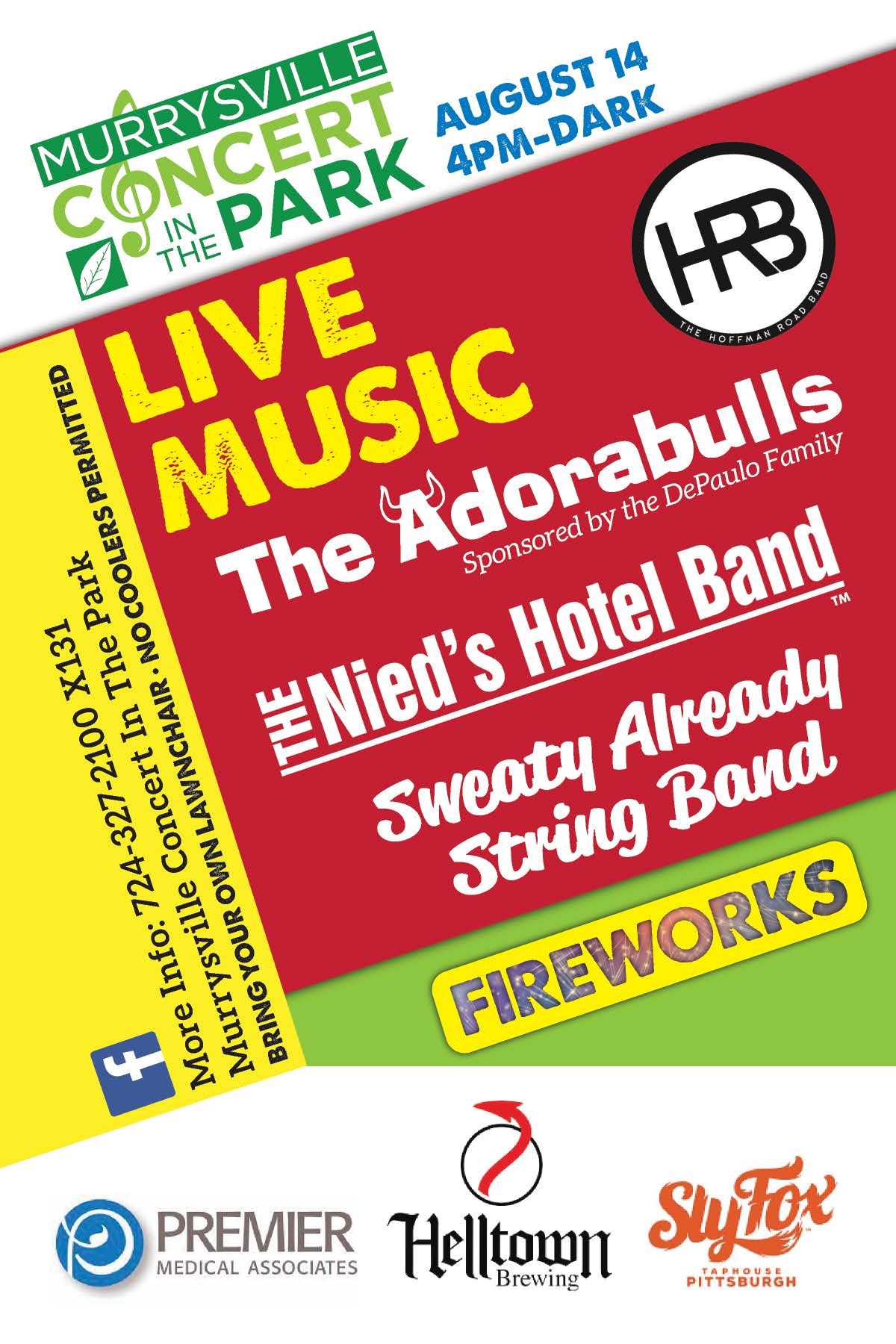 This year's Concert in the Park saw RECORD attendance...the park was bursting at the seams! THANK YOU is not enough for everyone's support. ALSO, cleanup was so EASY because everyone used the trash cans and left the park as clean as it was before the event. We are very impressed!

Sponsored by the DePaulo Family 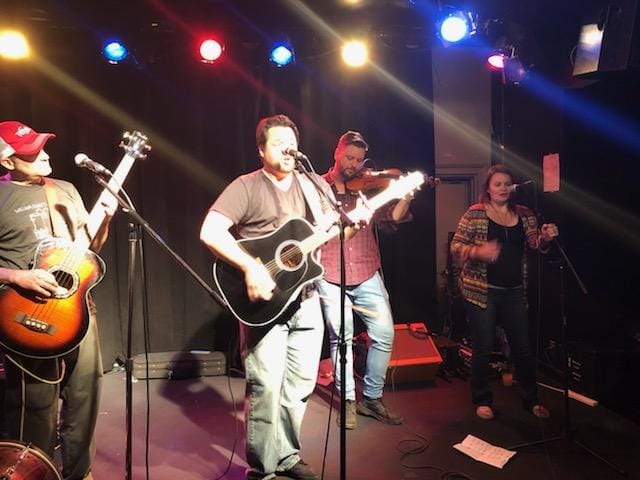 HRB folk band was started with an equal mix of cheap beers and burning wood in the dark of night on Hoffman Road. For the love of the music... Brandon Sensor on guitar and vocals, Kiel Batanian on fiddle and vocals, Dave Samuelson on rhythm section and harmonica, Tanya McAndrew on back up vocals,, Jerry Lyon sometimes on electric guitar

"We haven't even started the show yet and Pat's sweaty already!" — the Sweaty Already String Band hits the stage with a blend of traditional and modern bluegrass, along with some unexpected covers and original tunes steeped in the tradition of the Appalachian region where we all grew up. We can't tell you how much we're looking forward to getting out and playing once again! 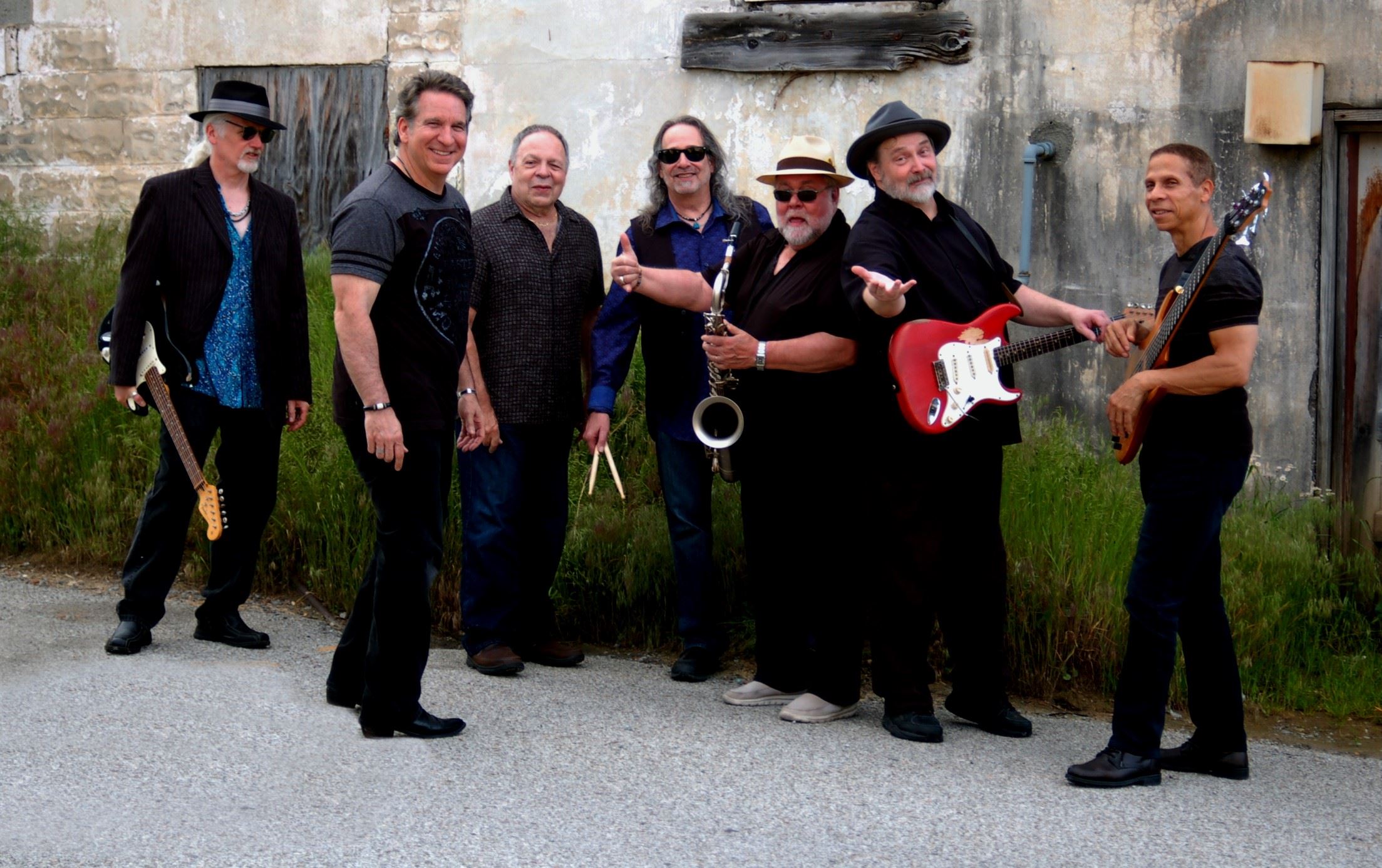 The band includes some of the best-known and respected players in the region, including singer John Vento (who is, perhaps, the hardest-working front man around), guitarists Tim Hadley and Jim McCullough, plus keyboardist Fred Delu and sax man Ed Jonnet, who last joined forces as members of Pittsburgh’s most beloved rock/soul band – The Rhythm Kings. Newest members Eugene Perry (bass) and Greg McIltrot (drummer/vocalist) complete the stellar lineup.

Speaking of live performances, that’s where NHB shines like no other. Their high energy, entertaining, and audience engaging concerts have quickly earned them a reputation as one hell-u-va live act. The band has made a major investment in its live production sound and lights and is blessed to have one of the finest and most professional crews around. Their newest album, recorded from the legendary Bitterend in NYC, proves this point loud and clear !

Sweets for the Street Ice Cream

No coolers for bringing adult beverages into the event are permitted.

Bands that are interested in performing for future events should complete an information form here: Band Info Form.

If you are a food vendor that is interested in being considered for Concert in the Park please fill out an information form here. If you would like to learn more about the event itself please contact Amy Wengrzyn at 724-327-2100 ext. 131 or email.

Thank you to our community sponsors who make this event possible!